Poco launches the great smartphone Poco F3 GT Price In India, which can be a rebranded version of the Redmi K40 Gaming Edition. Before the launch, know about the possible features and price of the Poco F3 GT as well as the design.

Poco, a popular brand for its great budget smartphones in India, is going to launch a special phone Poco F3 GT in India this month, which will be equipped with great features. Various types of news are coming out about the Poco F3 GT launch for a long time, but now it is clear that it has been launched in India in late July or August. It is believed that the Poco F3 GT can be a rebranded version of Xiaomi’s popular gaming smartphone Redmi K40 Gaming Edition. 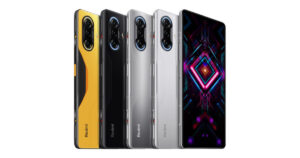 Poco launched its mid-range smartphone Poco F3 GT a few months back and now preparations are on to launch it in India. Ahead of the launch, the Poco F3 GT’s design, specification, as well as color details, have been leaked. This Poco phone can be offered with an anti-fingerprint matte finish. The look of the Poco F3 GT is quite premium.

Talking about the features of the Poco F3 GT, it has a 6.67-inch FHD AMOLED display, which has a display refresh rate of 120Hz and a screen resolution of 1080×2400 pixels. Poco will launch this phone with the Android 11 operating system and Octa-core MediaTek Dimensity 1200 SoC processor. This phone can be launched up to 12 GB RAM and 256 GB storage variants. Speaking about the battery, it will have a 5065 mAh battery, which will support 67W fast charging.

The camera in the Poco F3 GT will be great. It is believed that it has a 16-megapixel front camera for selfies as well as a triple rear camera setup. Its rear has a 64-megapixel primary camera as well as an 8-megapixel ultrawide lens and a 2-megapixel macro lens.

2 thoughts on “Poco F3 GT Price In India, Check All The Specification & Features.”